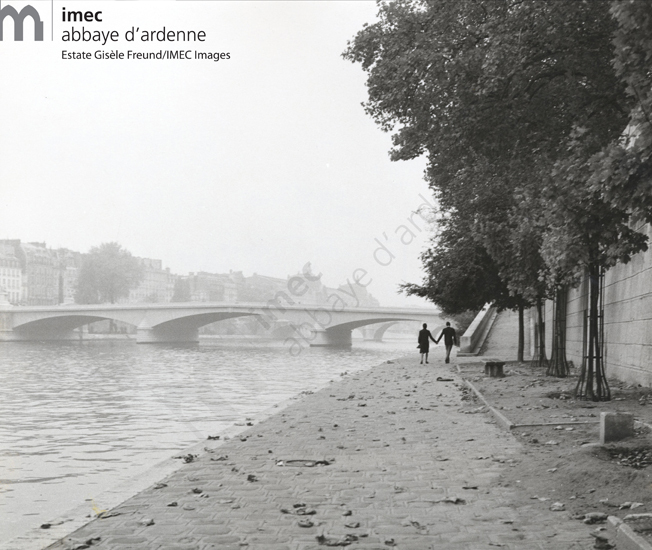 Twilight on the quai

“So often of late, while walking through this new Paris of freshly whitened facades where a stream of traffic flows along the road between hedges of parked cars, I find myself pausing to ask: what did all this look like in the days when I was young? How I longed to bring back from memory a picture . . .

This desire of mine was suddenly fulfilled when the photographs of Gisèle Freund made during the thirties were placed in my hands. Deserted highways, peaceful riverbanks, an almost provincial silence emanates from these images in black and white.”

I just learned about Rachel Carson’s death and am very very sorry for you as she was such a good friend of yours and such an outstanding writer, and she had probably so much more still to say.

Am sending you hereby a approx. list of the photographs I might use in the Joyce’s Paris, and this is a copy of the one I had to send to Cyril Connolly.

As a matter of fact, more I think about it, more I realise that this has to be combination of wonderful pix of Paris combined with wonderful pix of Joyce and as he was obsessed by rivers, the Seine plays an important role, even mentioned in Finnegan’s Wake. etc.

Yesterday I had the visit of Mary Gottlieb who came for pix on Sartre as they bring out “les mots” a bestseller here, and she needs a jacket pix. I told her about the project and it might be possible that George Braziller contacts you on [his] behalf, anyway I told Mary Gottlieb that you alone decide and take care of the business side. I hope you don’t mind I told about the book. Helena told me that George Braziller published quite highbrow books and avant-garde, she told me he is a smaller publisher but very good quality. Well its your work.

By the way, did I ever send you the Sunday Times number with my colorpix on English writers also 2 pages in b/w on Joyce with Connolly’s article? It made a terrific publicity for me in London and was also damned well paid. If not, let me know and I’ll send the issue.

with my thoughts and love, 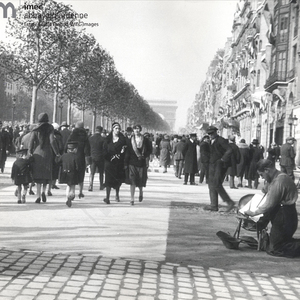 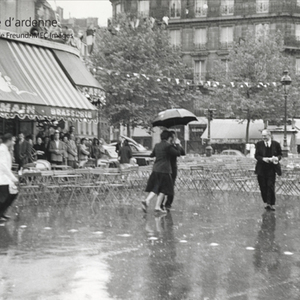 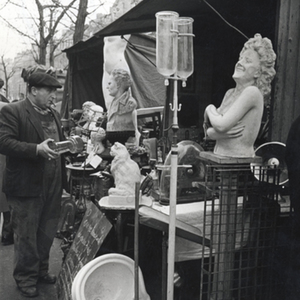 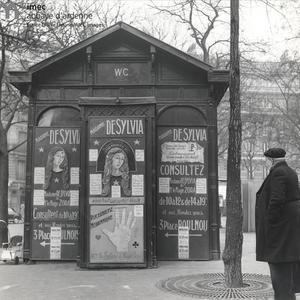 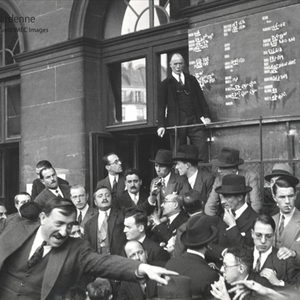 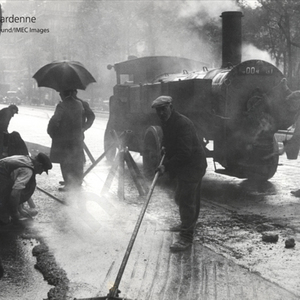 Gisèle’s camera of choice, her trusty Leica, allowed her to shoot 36 continuous frames per roll of film. This gave her a mobility that would allow her to stalk the streets of Paris and capture images at a moment’s notice. We see the “Golden Age” of 1930s Paris in these photographs, from the paving of streets to fashionable women walking down the Champs-Èlysées. 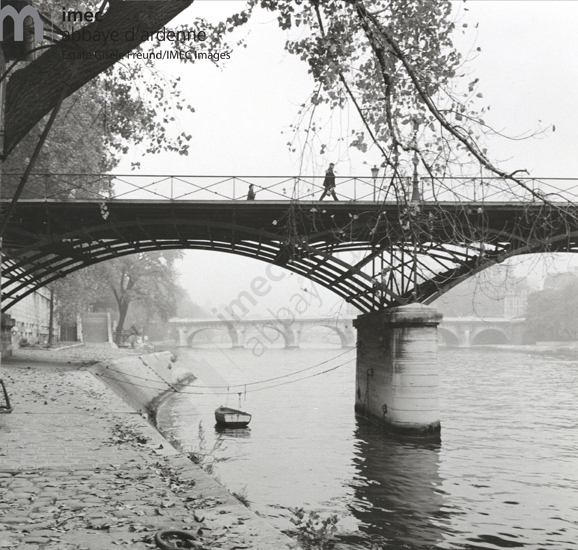 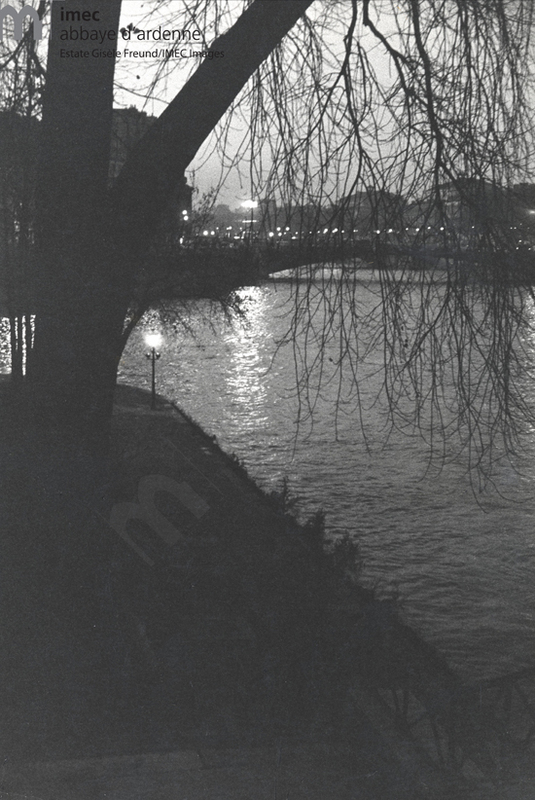 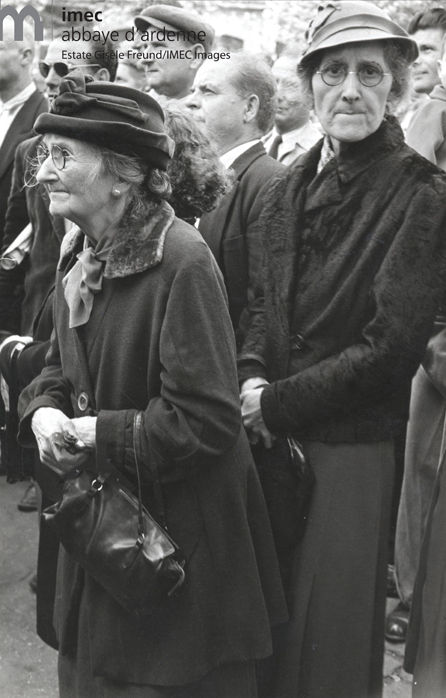 We end this exhibition with two photos that anticipate the brewing darkness of the Second World War. Two older women watch a military parade march by. One of the women resolutely returns Freund’s gaze. After twenty years of unsteady peace, the drumbeat of war was loudly bangin once again. In 1940, Hitler’s troops would storm Paris and occupy France. 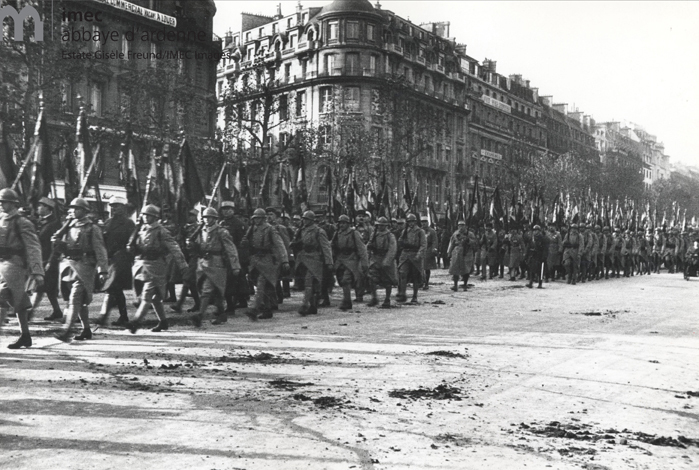 Defile of the troops in the 30s (war approached)

Fortunately, Freund’s friends arranged for her escape to South America. She would return to Paris many years later and rekindle the warmth of Paris as it had been before the war with these photos.